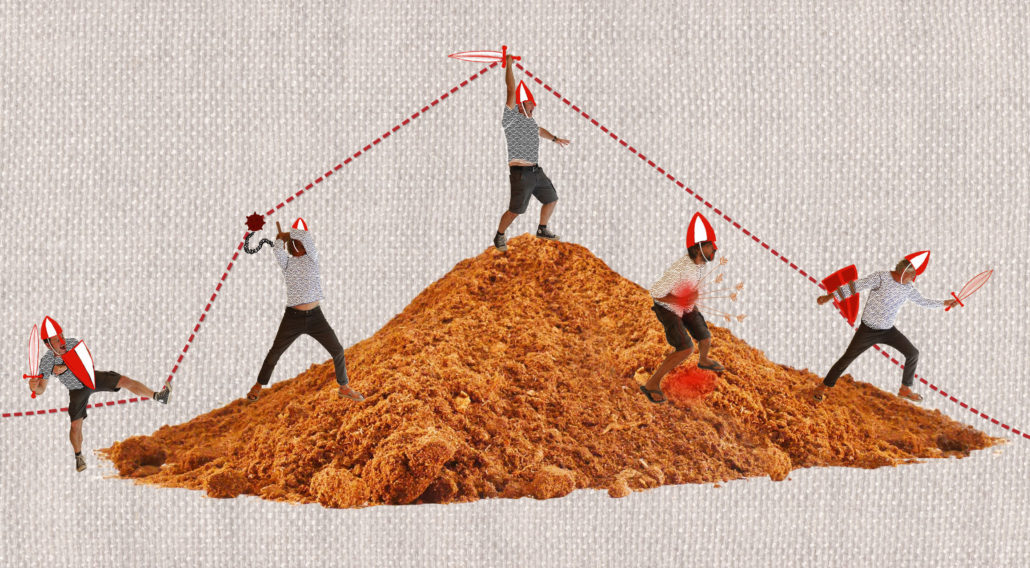 The Bayeux tapestry tell to us the battle for the English kingdom by William the conqueror in 1066. We are examining this tapestry, with all its seams and threads, a magnificent object of propaganda (in which the end is missing). By passing a camel through the eye of a needle, in bad faith, we embroider a canvas of irrefutable evidence. The scenic space, the earth, the camps, the country. Here in the middle of the arena, live music underscores the harsh confrontation between players and a dubious referee declares the rules of the game. All around them their supporters are galvanised by songs, waving flags and holding banners aloft. Through this free evocation of the Battle of Hastings, our aim is to challenge the critical analysis of the spectators, being as they are, supporters of a rigged match.