You are here: Home / The frog, at the bottom of the well, believes that the sky is round

The frog, at the bottom of the well, believes that the sky is round
La grenouille au fond du puits croit que le ciel est rond

object theatre and installation s
all public, from 6 years old – length: 75’

We all are filled with the memories of our first home and our first experiences of the world in which we lived. Home is our first playground, a place that never leaves us.
« The house where we were born is more than a dwelling place, it’s a space built for daydreams » G. Bachelard.

For this new creation dedicated to the whole family, three devoted domestic employees introduce us to the plastic and sensorial universe of their master who spent his life collecting houses. They open the doors of his curiosities room and invite us to travel through the intimate territories of that enigmatic and yet so familiar character. Images as a language hold the central part in the evocation of this dreamlike house, the initial shell of which becomes our native country.

The specificity of this installation show project represents for the Velo Theatre an opportunity to carry on with two collaborations.

On the one hand, the collaboration initiated 25 years ago with the « resourceful lightingologist », Flop Lefebvre, who conceives projecting machines showing sensitive landscapes of ligths and shades and allowing us to perceive the fragility and delicacy of its mecanisms ;

On the other hand, the persistance of an artistic complicity in directing and playwriting with Francesca Bettini.

The sound and musical universe of the play is entrusted to Fabien Cartalade and the domestic employees performed by Tania Castaing, José Lopez and Charlot Lemoine.

What it’s been said about “The Frog…” 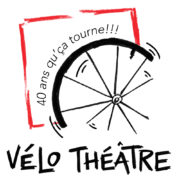